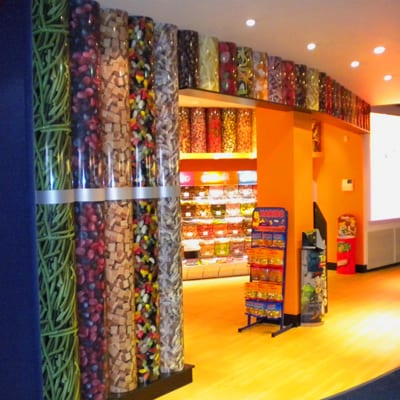 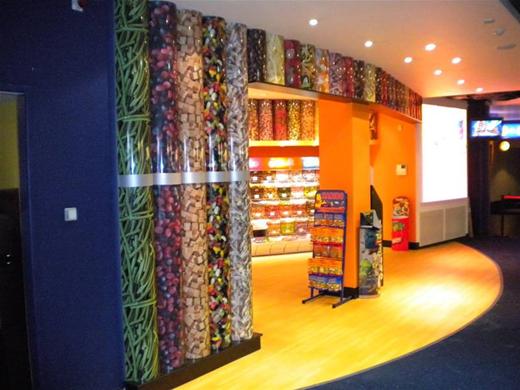 Our sweet tooth came out at Simpson Group recently, as we delved into Odeon’s Pic ‘n’ Mix In April 2010 we received an interesting brief from The Blue Stocking Partnership on behalf of Odeon cinemas; to assist in creating greater visual impact of the pic ‘n’ mix Candy King display area within the cinemas. The Challenge What could we create? From initial research provided from some European trials Simpson Group’s 3d CAD designers explored the limitless possibilities of creating a graphic enhancement for Candy King which would be as pleasant on the eye as the sweeties would be on the tongue. Eight varied designs and prototypes were produced for the client’s consideration. From giant 3d liquorice allsorts and Loveheart wall graphics to the final design of ‘tubes’ of sweeties, Simpson Group’s team were thrilled to be part of a project that they could get their teeth stuck into. 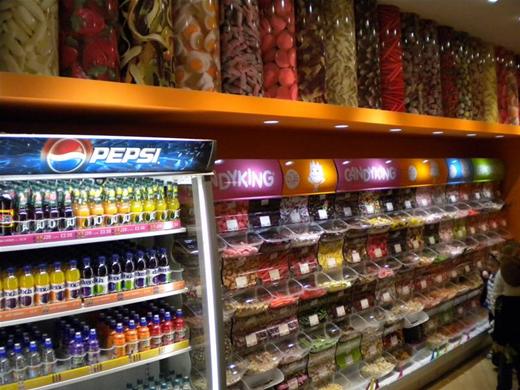 The Solution On the client’s approval, we produced an initial trial production for the Gateshead Odeon in June 2010. Large PVC columns with internal corrugate fitments were created to emulate the storage tubes/jars in which the sweets themselves are housed. Digitally printed on clear PVC, the panel wraps were easily installed by Odeon’s shopfitting company Martek who were heavily involved in the development of the project. These colourful modular designs created a dramatic scene within the cinema foyer.

The Result Initially set up in the Gateshead Odeon, a further 5 cinema locations were supplied and installed with the new Candy King home during the summer and autumn 2010. Pleased with the success of these installations Odeon are now considering rolling out this new pic ‘n’ mix concept to all 200 plus cinemas throughout 2011.   "This display created a much greater visual impact of the pick 'n' mix area. A lovely design with consideration given to strong colours, an interesting and eye-catching mix of graphics and a subtle use of space. Quite a strong transformation created from a small budget." Judges' Comments