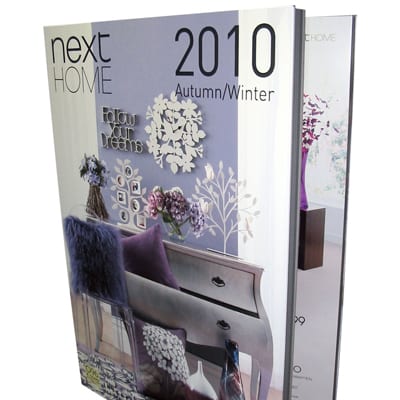 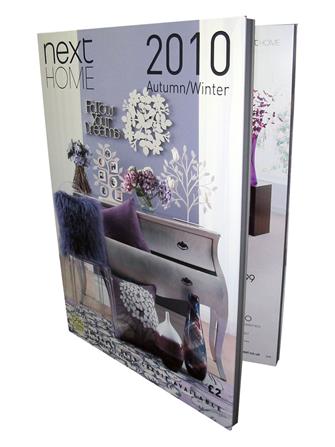 We’re an open book at Simpson Group, particularly in the summer of 2010 as we made a marketing dream become a reality for next. The Challenge Simpson Group received a brief that required us to recreate a giant version of the next Home Autumn/Winter Directory. These large format ‘books’ were intended to dress the next store windows with the elegance and sophistication of the Directory and its’ contents. The concept sounded simple but achieving a durable, realistic representation of the next Directory which matched the quality of the original could prove to be quite a challenge. 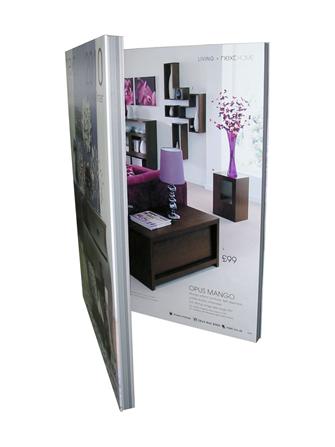 The Solution After consultation with next and the initial samples, it was decided that the height of the book should be 1850mm. All elements of our display had to be scaled in proportion to match the Directory. The final version had a cover size of 1850mm tall by 1320mm wide, and the book depth was 150mm in total. At such large dimensions, each stage of the design process had to be carefully monitored to take into account our maximum printing and die-cutting capacities. Simpson Group pushed the boundaries to the limit to achieve the results that our client required. Produced in EB Flute corrugate, the next Directory emerged as a five-piece construction display with front and back cover, left and right inside pages, and a separate glued-on spine. Plastic pop rivets helped with the assembly of the unit and provided added structural security. The display functions in a ‘real’ book style with the two halves of the book opening at any angle and also being able to lay flat, as would a closed book. 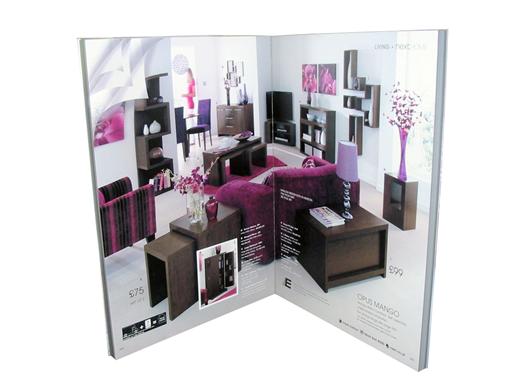 The Result 96 large format Directories, split over 3 kinds, were produced, assembled, packed and delivered by Simpson Group in August 2010. The dramatic spectacle of the next Home Autumn/Winter Directory is now on display in a store near you.