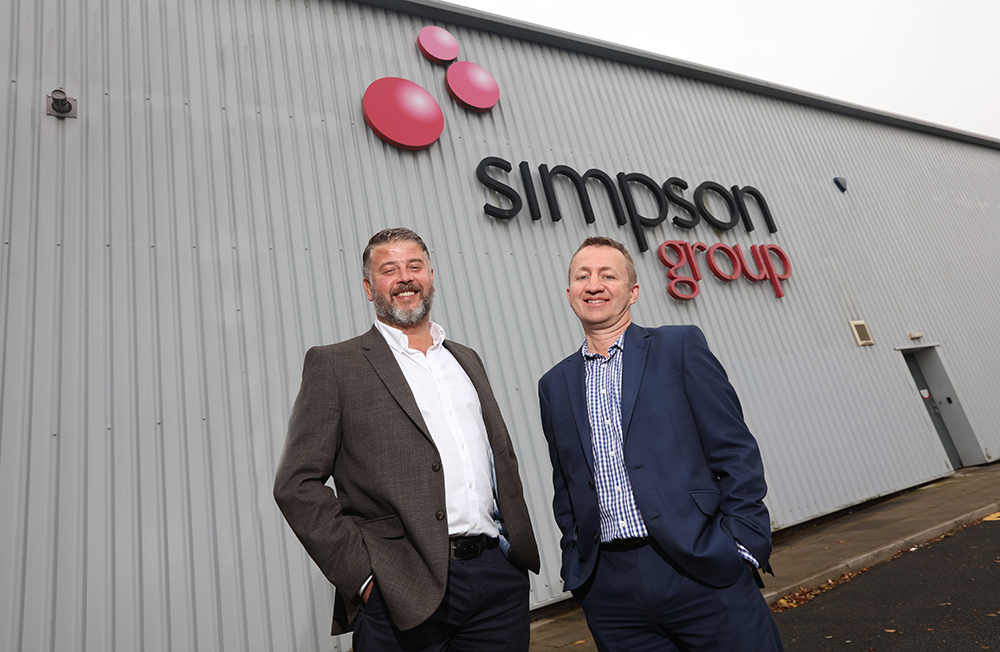 The Washington-based company, which specialises in point of purchase print with customers from the travel, horticulture, coatings, gambling and entertainment industry, currently employs 100 members of staff across the North East and a satellite southern operation in Langley.

Joining the team are Kevin Wills, Dale Havens, Nigel Lawton and Adam McNall, each bringing their own experience from the print industry and existing knowledge into a range of new roles from finance to customer facing, business developer positions.

Kevin Wills has joined Simpson Group as finance director, having originally trained as a chartered accountant with BDO Binder Hamlyn in Newcastle before deciding that industry was where he wanted to be. Starting his career at Go-Ahead Group plc, Kevin has worked in a number of industries, with Simpson Group marking his second spell in printing having previously worked as finance director at Edward Thompson Limited for six years.

In his new position, Kevin will lead on the financial running of the company alongside commercial, strategic and operations management. He will also be involved in supporting and guiding the new management team through the running of a £12m business.

Kevin, who is originally from Arbroath but now lives in Whitley Bay, said: “I was working in print when the global recession hit in 2007/2008 which had a massive impact on the print industry – one of the industries most affected by the crash. A large over-capacity at the time saw many printers go out of business and whilst the situation is now much better, it is still a highly competitive industry.

“Successful print companies are ones that can innovate and at Simpson Group we have a world class new product development team that can really help our customers’ point of sale and point of purchase products stand out from the crowd. It’s an exciting time to be a part of the business.”

Dale Havens and Nigel Lawton are also entering the fold as business developers to grow and develop relationships with both existing and new accounts.

Fourth recruit Adam McNall re-joins Simpson Group on a new apprenticeship scheme as a trainee regulatory compliance officer, following a year at London North East Railway. The new role will see him learn how to contribute to and control the regulatory climate of a business.

Mark Jerrard, commercial director at Simpson Group, said: “We are really pleased to welcome Kevin, Dale and Nigel to the team along with their existing knowledge and experience in the print industry. It’s also great to see Adam return to Simpson Group on a new apprenticeship scheme, which will ultimately result in him gaining a formal qualification.

“We’ve had a strong year this year and have our sights set on further growth for 2019. The expansion of the business development team and Kevin’s role as finance director will ensure that we are in the best possible position to meet those goals.”