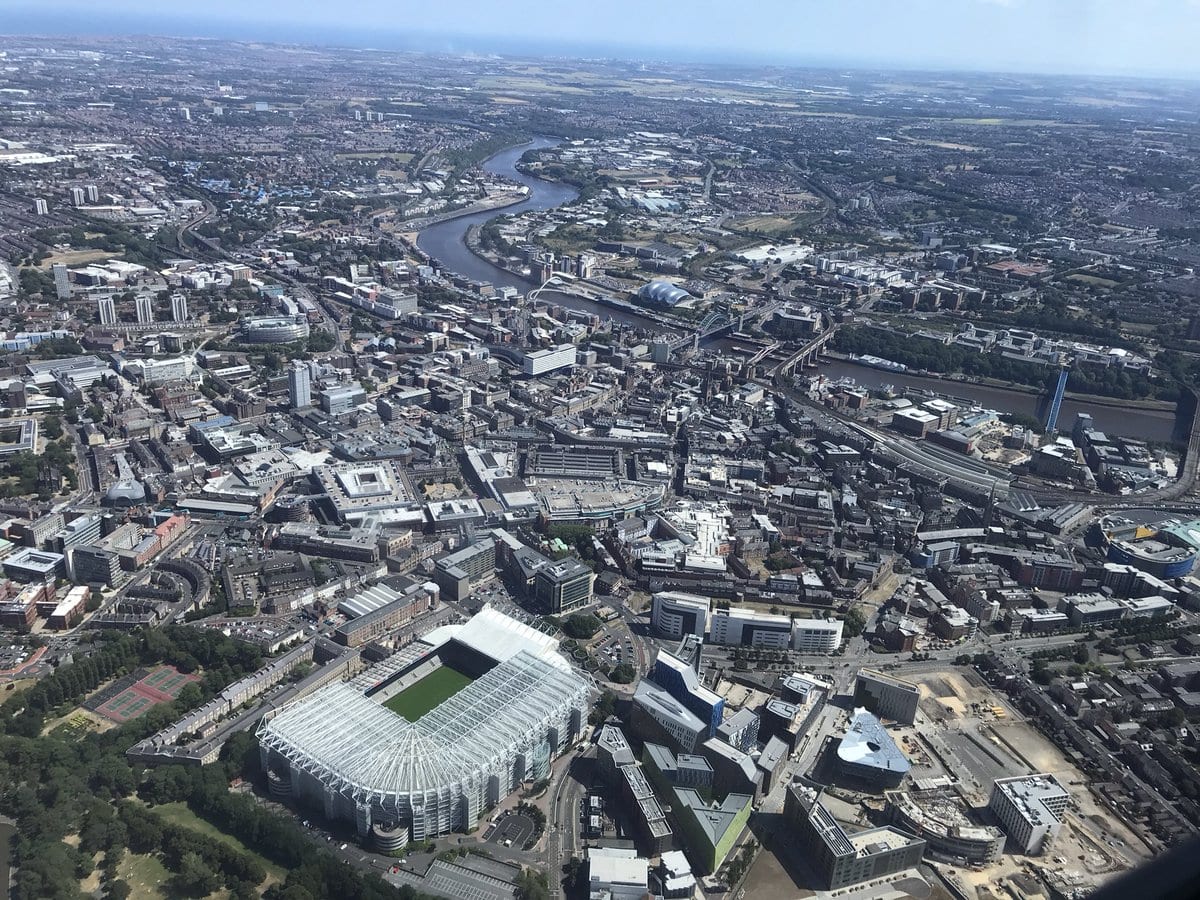 Being only a stone’s throw from Newcastle it is not a surprise that most of our employees are Newcastle United fans. Part of its cultural heritage is that the city was known as the fourth biggest city in the printing industry in the 18th century, after London, Oxford and Cambridge.

To see how popular Newcastle United really were, we ran a competition in February for a lucky winner to win a flight for two over Newcastle and St James’ Park, a tour for two of the grounds and a meal at the Nine Bar for two and tickets to the first game of the season. 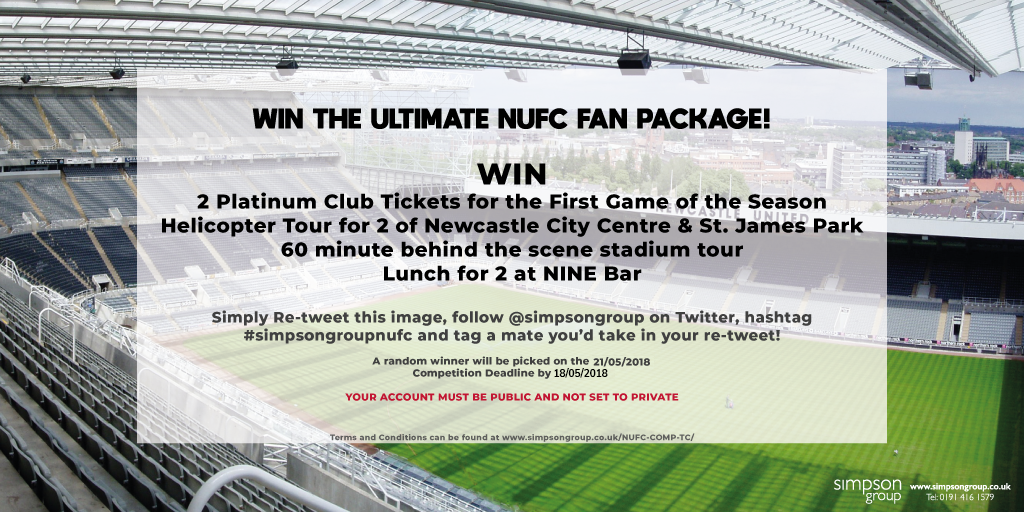 In May we ran the competition for two weeks, in return we received hundreds of entries however one lucky winner was randomly chosen.

The lucky winner was @GrantRidley from Twitter, we invited Grant into our offices for a quick photo and to hand over the prize of part one of his prize, the second prize being two platinum club tickets to the first game of the season.

We caught up with Grant to see how his experience was after his VIP experience, and to find out who he decided to take.

How did you feel about winning the competition?

I felt amazing winning the competition, I entered it on a whim and when I saw the notification in my Twitter Inbox I couldn’t quite believe that I had won such a fantastic prize! I’m really excited to be attending the first game of the season, as an avid fan and a follower of the games for years having the opportunity to fly over St. James’ Park and have a backstage tour is every fan's dream.

Who did you decide to take as your +1 to your VIP Fan experience?

I chose to take my best friend, my fiancé. I thought it would be an ideal opportunity to take her as we share all of our best experiences together and I have just recently gotten her into football and NUFC.  We usually play a fantasy football league against each other, which she loves doing now – although she does pick the players based on their looks... “Haha”

How was the Helicopter tour?

The helicopter tour was truly incredible, seeing the Toon from the sky is a memory I’ll never forget. We really do live in the greatest place on Earth. Newcastle and the whole North East is such a beautiful place.

We are excited to see how the first game of the season turns out.

Newcastle United will play against Tottenham Hotspur on the 11th of August at 12.30pm in the first game of the season.

Here are some of the photographs from the VIP helicopter ride, we look forward to seeing Grant's other snaps from his Backstage Tour.

As a sponsor of the Newcastle United Executive Club we are proud to be able to give these opportunities to fans far and wide! Keep a look out for the Simpson Group logo around the grounds as there will be more competitions coming up!