Good news for Simpson Group - we have been nominated for an international Point of Purchase printing award. The POPAI Awards 2014 will bring together the best of point of purchase design and printing from around the UK and Ireland. Simpson Group's merchandising display for Jim Beam has been shortlisted for the Short Run (Food & Drink) category, alongside displays for Lindt & Sprungli, Green Isle Foods and Absolut Vodka - some tough competition! See the entries: www.popai.co.uk/awards/gallery 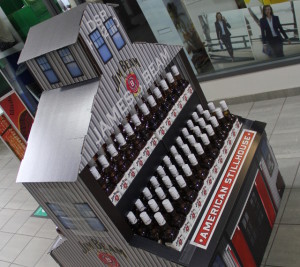 The Jim Beam display is based on the famous American Stillhouse in Kentucky, where the bourbon is distilled to this day, and it is capable of holding 240 bottles (at a total weight of 264kg) within an footprint of approximately 1 square metre. Read more about it in our Jim Beam case study. 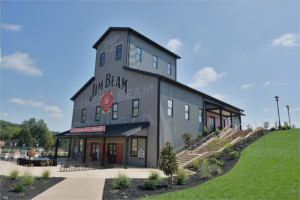 The winners will be announced on 9th October 2014. Bye for now, Simpson Group – Follow us: Twitter | Linkedin