We’ve kept a watchful eye on Amazon as they continue to rise in terms of being a competitor for brands in a multitude of sectors, now including supermarkets. Amazon originally a ebook retailer has grown into a multi-billion-dollar company that now dominates multiple markets from electrics to FMCG and has acquired and partnered with companies like Whole Foods and Morrisons to be able to sell fresh produce online and to promote amazon prime services in a multichannel strategy bridging online and offline.

Supermarkets are facing the era of the online grocery shopper, a consumer who is looking for convenience and practicality in one space. The online grocery sector is the quickest growing, however is still very small compared to the industry as a whole. Which is why if Amazon wants to take ‘Amazon Fresh’ to the next level, it will need to consider opening up brick and mortar stores. Geographically the UK is the most profitable at the minute, with acquisition deals going on in the UK, Amazon could take this type of opportunity in its stride and combat competitors by strengthening its bond with Morrisons in the future and opening up more Whole Foods stores outside of London. 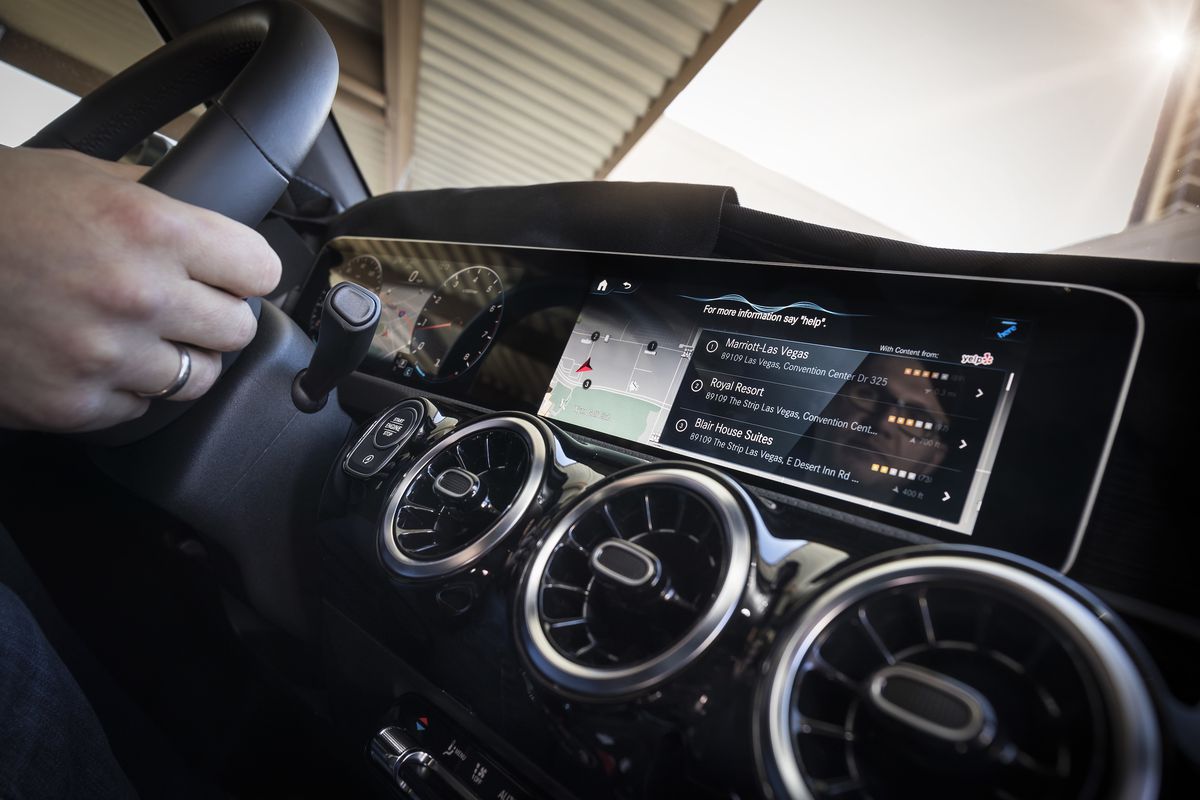 37% of consumers say that they would order their groceries whilst driving using a device such as the Amazon Alexa, or another voice activated service. Mercedes-Benz launched a voice assistant that is built within newer models of the cars, more notably the new Mercedes-Benz A180 – which clearly advertises the feature to consumers. This would attract a consumer who is on the go and has little time to shop in-store. Whilst this is a clever way to market the new vehicle, it limits the traditional style of a shopping list, forcing the consumer to remember every item that has been ordered. Where this is a great product to market tedious in-store purchases such as cat food and toilet roll, it isn’t an effective way to purchase a whole week’s worth of shopping.

This is where Amazon Fresh could elevate user experience and in-store shopping through using their technology in-store. With the recent innovation of Tesco and their card only stores (being trialled in the South of England), Amazon are met with the opportunity to be able to utilise point of sale features that drives the consumer in stores. Amazon are known for their multichannel approach, especially with their Whole Foods partnership where Amazon offered $10 to spend online when they spend the equivalent in-store. Using in-store signage and posters is a great way to offer in-store marketing promotions like these. For Amazon’s UK deal, the e-commerce giant offered deals on fitbits and more, a further step into offline retail. An excellent in-store marketing point of sale solution for this would be to house the fitbits in a free standing display unit (FSDU) that would incorporate Amazon deals, offers and scannable codes to be able to purchase there and then. FSDUs are an essential part of driving a sales uplift in-stores, using the simplicity of the unit to market an online feature is great to generate a call to action whilst your customer is in-store. Using FSDUs can act as your silent sales person by giving your consumers the answers they are requiring such as price, where they can find the item in the store. The possibilities are endless.

As of March 2017, the ONS (The Office for National Statistics) estimated that there were around 8 million Amazon Prime subscribers in the UK based from their own calculations. This means a penetration rate of 33% of House Holds in the UK. Amazon in the UK presents the biggest opportunity with a collaborative deal between Amazon and Morrisons often cited to take place in the not so distant future, however Morrisons is tied into a contract with Ocado a competitor of Amazon until 2024.

Having a multichannel approach will be a nod to Amazon’s success in the offline grocery market, using the power of online and the marketing and advertising of offline – Amazon will be able to harness this and create a store like no other. An avenue for Amazon Fresh would be to utilise the empty stores that could be created with the Sainsbury’s-Asda merger. Utilising these stores will create a more competitive market place for supermarkets, balancing the giants with the newcomers.

An exciting time ahead, time will only tell how far Amazon will push offline retailing in the Grocery sector. However, to gain a bigger cut into the market and move sales from online and target offline consumers, a brick and mortar store is a must.

Contact us today to discuss your point of sale campaign and how an FSDU and other POS solutions can be both visually appealing and successful in driving a sales uplift for your brand. Our dedicated client services team will be able to answer any question and find the product that is right for your in-store campaign.